When you arrive in Korea, as a foreigner, there are so many nuances of society that seem familiar, effects of  globalization and imperialism, that you might easily overlook some of the more subtle and interesting characteristics.

It IS noticeable, as you spend time walking around in Korea. Especially when you walk among the older generation, you might get annoyed at how slow they walk. You might notice them strolling more. You might notice a pattern... that their hands are clasped behind their backs along their waist.

Pretty soon... you come to identify this phenomenon as something Korean: the way they walk. But what might not occur to you is the depth of culture and history behind it. I might not have caught it, either, except that it was revealed to me. 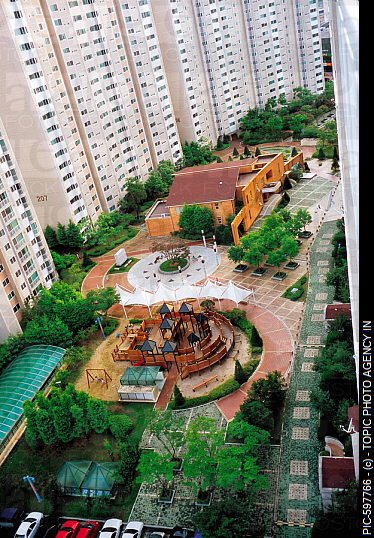 One day in 2010, I was waiting outside my friends apartment complex.

A Korean apartment complex is often a group of 4 or more buildings at least 15 stories high. In the center of this cluster they have something like a little park: a nice path, benches, trees, a playground, and a pavilion.

I was standing there, waiting for a while, when an old grandma walked past with a young boy, probably 5 years old. By this time, I had been in Korea for a little more than two years, so I could understand a bit of Korean and the rest I could piece together from carefully watching.

The grandma and the boy walked together for a little bit. Suddenly she turned to look at him. She gave him a little smack, and started yelling at him. "Don't walk like that! Straighten up! Put your hands behind your back! Put out your left foot. Step! Put out your right foot. Step!"

She was teaching him the Korean walk.
The Yangban walk.

I asked my friend about it, and was introduced to
the Korean Yangban Walk.

The Korean Yangban were the ruling high class, or aristocracy, from the 1300's until 1910 when the Japanese began occupation of the Korean peninsula. Among other things, they were known for strongly upholding Confucius' ideals. The way they walked was a signature of their status.

The reasons why some Korean people still walk that way, today, and teach it to the kids, is unknown to me. It could be a declaration of their status, or still signify class. It could be in remembrance of their ancestry. It could be to uphold culture.

Perhaps I will find out, someday, and I'll be able to update this post.

Despite the fact that this walk can be seen and noticed today, it is not exactly dominant. Many of the younger generations in Korea don't know much about this. However, from teaching in a well known elementary school in Seoul, I can say that many Korean teachers walk this way through the halls. Among the first graders, in particular, they are taught to walk this way through the halls, and are scolded if they do not. This is not a school-imposed teaching. It depends on the teacher, and is just something they choose to have the kids do or not.

When I see the little first graders doing this, it is adorable. And since they're in first grade, they sometimes neglect the point of this walk, and can be seen straightening their back and clasping their hands behind them while running at top speed down the hall!