In Korea, it's traditional to first have a picnic mat  It's not a blanket, it's an actual mat  thick and flexible enough to be rolled up or folded, but not really cloth. I'll add a better picture, soon, but here's what they can look like. 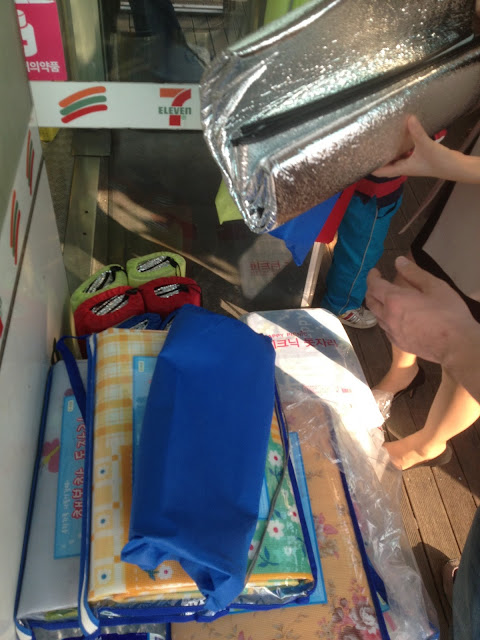 And as a side note - yes, this is a 7-Eleven convenience store in Korea. They are very common.

In Seoul - one of the few worthwhile places to picnic is at one of the many great park locations along the Han River. Here are some people picnicking there. 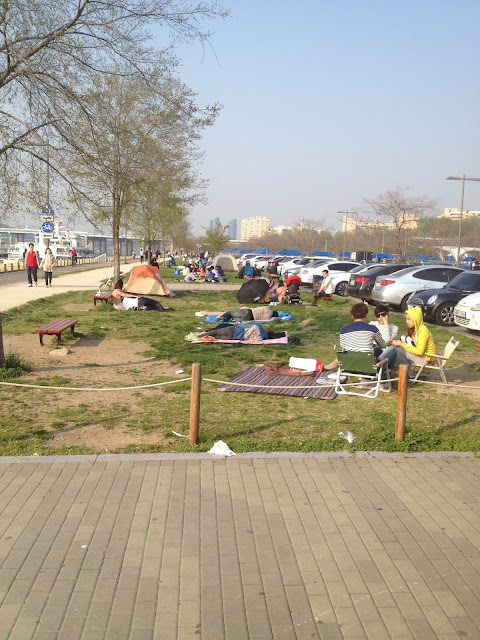 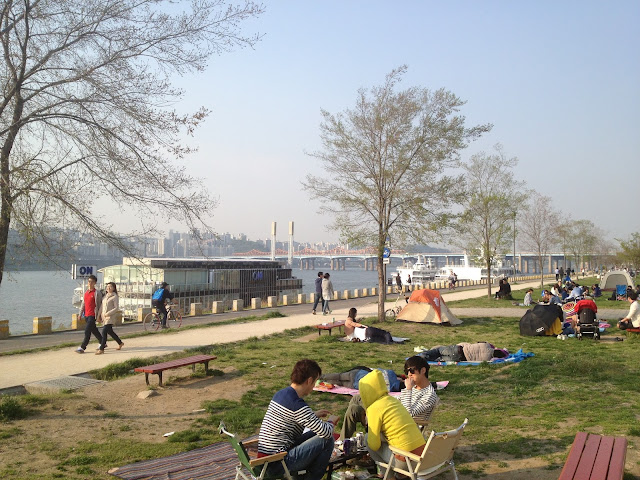 People also like to bring tents to protect against the bugs and sun while still getting the nice air and view.

In USA, when you mention picnic food I think about sandwiches and coleslaw, fruit, chips... these are pretty standard types.

One of the primary Korean picnic foods is Kimbab ("Kim-bop"). In USA, we know of this food as something like a California Roll - American "Sushi" without the fish (although tuna is popular inside). It's a seaweed wrapping with rice and veggies in the middle. Another food you can sometimes see is dduk, which looks like a giant noodle which is made from rice, so it has a texture similar to licorice - and a whole bunch of foods similar to these - and variations of these.

I went on a picnic with elementary school kids, one time, and here are some lunches their moms packed them. Almost 200 kids, and these lunches represent 90% of them or more. 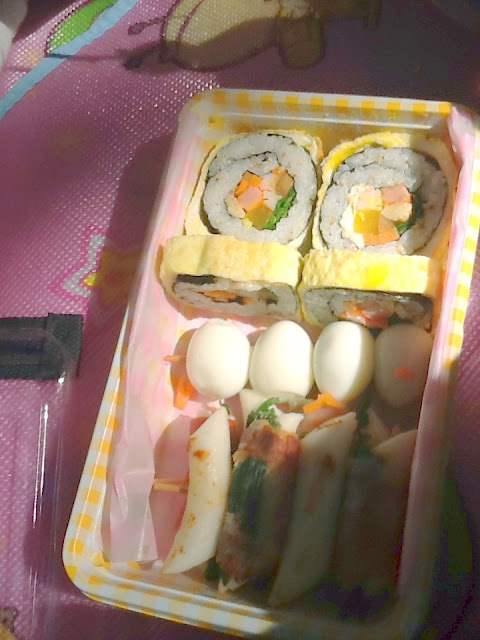 Here you have kimbab. Outside is egg, then seaweed, then rice, and in the middle they rolled up a bunch of stuff. It looks like carrot, ham, radish, green leaves, some fish, and tofu. I'm not sure, though. Then you have quail eggs, hard boiled and peeled. 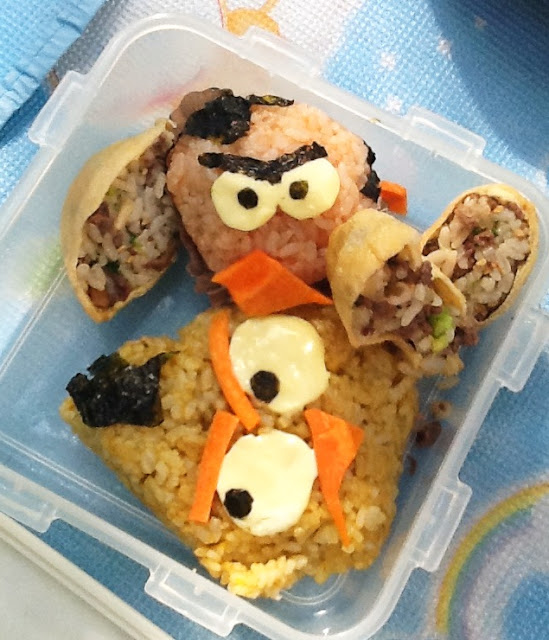 This mom got very creative and shaped hers like angry birds. It looks like she made "nude kimbab" - which is kimbab but without the seaweed holding it together. The other thing she made is called "yooboo-cho-bab". I've never eaten that, but the outside wrap is a soybean curd which is similar to tofu. You can see it's got just a rice mixture of a bunch of good stuff inside 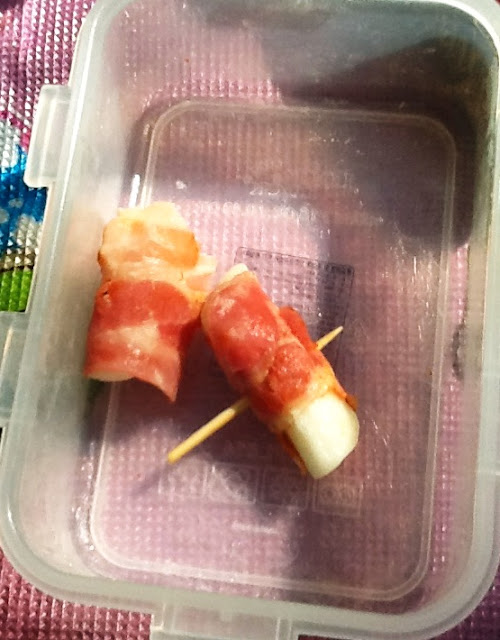 You're looking at Korean dduk wrapped in bacon!!! FANTASTIC. 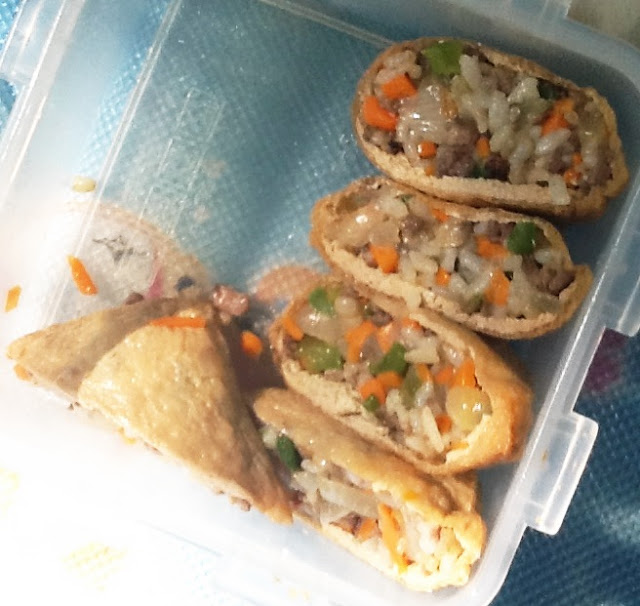 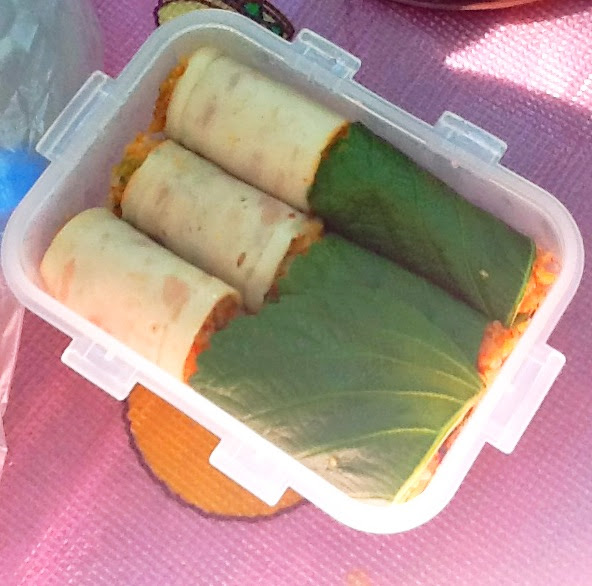 This mom made some special things. The one with the leaves is something I've seen in restaurants, but it is not a common food. She made her own variation. Looks great. 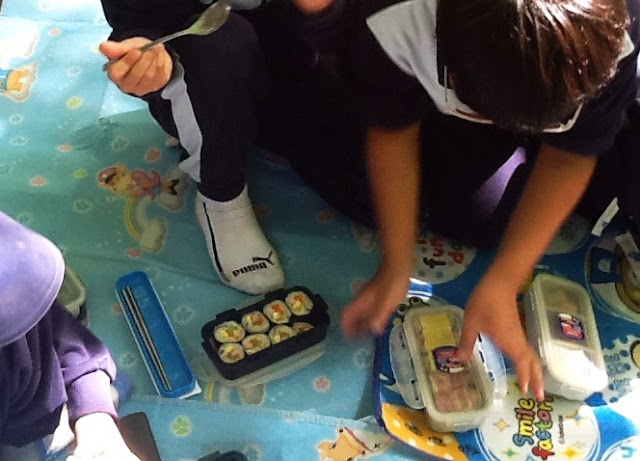 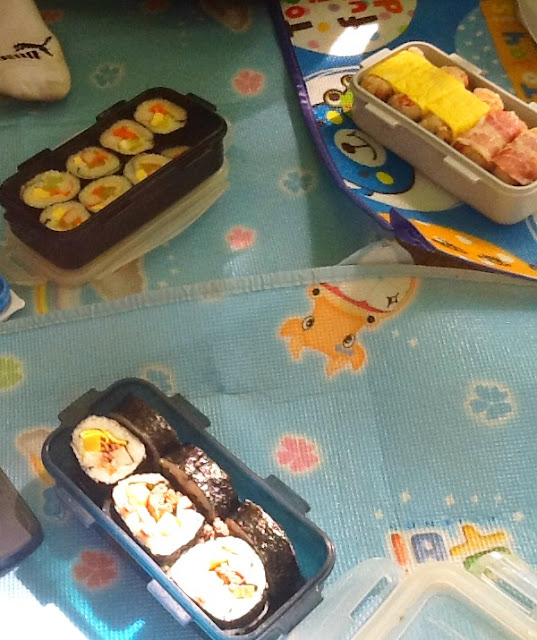 Picnic foods we have in common are fruit, beer, chicken, and BBQ. Korean people love Korean style BBQ, which is a little different, but both taste awesome to me.