What IS Korea? & Why It's Loved

Korea IS her people: The Koreans. 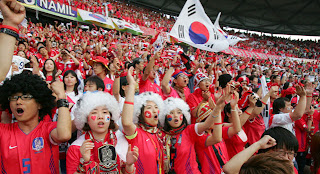 I want to tell you what I love about Korea the most. There are many reasons to love Korea. What I love most is the Korean people. Since arriving here, I have been impressed by them.

They are strong. They are resilient. They are passionate, proud, and opinionated. They work hard and they don't give up. They are determined, and storied. Their story is that of an underdog rising from oppression, poverty, and division. And even through past and present divisions of ideals that exist internally amongst themselves, there is something that unifies all Korean people. 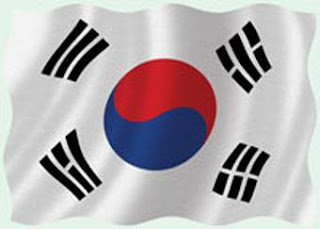 
Before coming to Korea, I knew virtually nothing of their story or how distinct they are. Since then, I've learned quite a bit about both.

*In a single generation, the Korean people "emerged from wide-spread illiteracy to universal education, and from a quagmire of near starvation and epidemic diseases into the upper tier of modernized society."

From A History of the Korean People in Modern Times 1800 to the Present, By Robert T. Oliver

Although, this quote highlights the success while ignoring the cost,  it's a beautiful, heartbreaking Cinderella story. In some respects, it's told through the lives of every Korean - but there's more truth in saying that the story is only told through this nation of people as a whole. 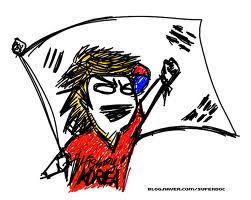 The unofficial Korean shout of encouragement is literally:
"Fighting!!!"

Today, Korean men all serve mandatory 2 years in the military at some time during their college-age years. Korean women study extremely hard and seek advantages in a largely male-dominated society.

I can sense the strength of the people, here. When you meet Korean people in USA, you might notice they work very hard (much harder than the average American, I would say). Well, when you get to Korea... they all seem to work very hard.

(Side Note: This is something that causes problems with foreigners, because they expect us to work as they do sometimes, but it doesn't happen! But that's another blog post altogether).

For this post, I wanted to use pictures that represent the strength of the Korean people that I see. I believe all of the images on this blog post, together, reflect it well. 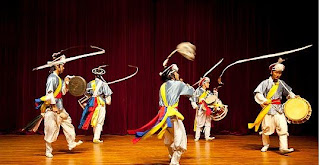 Korea inspires me.
The strength of the Korean people...
This is what I love most about Korea.